Rebel Haunt Theatre was proud to present the site-specific, micro-epic extravaganza “Scavenger Heart” in September of 2011, and again in July of 2012. In both productions, this show was performed  in  rain and shine outside the Port Moody Arts Centre. Performances  moved around the whole Arts Centre, with the audience following along.

“Scavenger Heart” is about three scavengers who live at the edge of the world. After a terrible disaster, the scavengers’ hearts are broken. They must search their world’s fragmented landscape for the missing pieces, found in the form of random objects scattered across the Arts Centre grounds. The show turns out to be a kind of cosmogony, or origin story, as the scavengers’ journey creates the universe of the human heart out of “the truth we find in things left behind”.

“Scavenger Heart” is alternately surreal, scary, whimsical and silly. There are songs and dancing, and the script is mostly  text scavenged from Hans Christen Anderson, First Nations stories, and a variety of other sources.

In both shows, a sound tech followed the actors and audience with a  battery-powered sound system, and in the September show, the show was  lit by a roving tech crew carrying battery-powered lights. 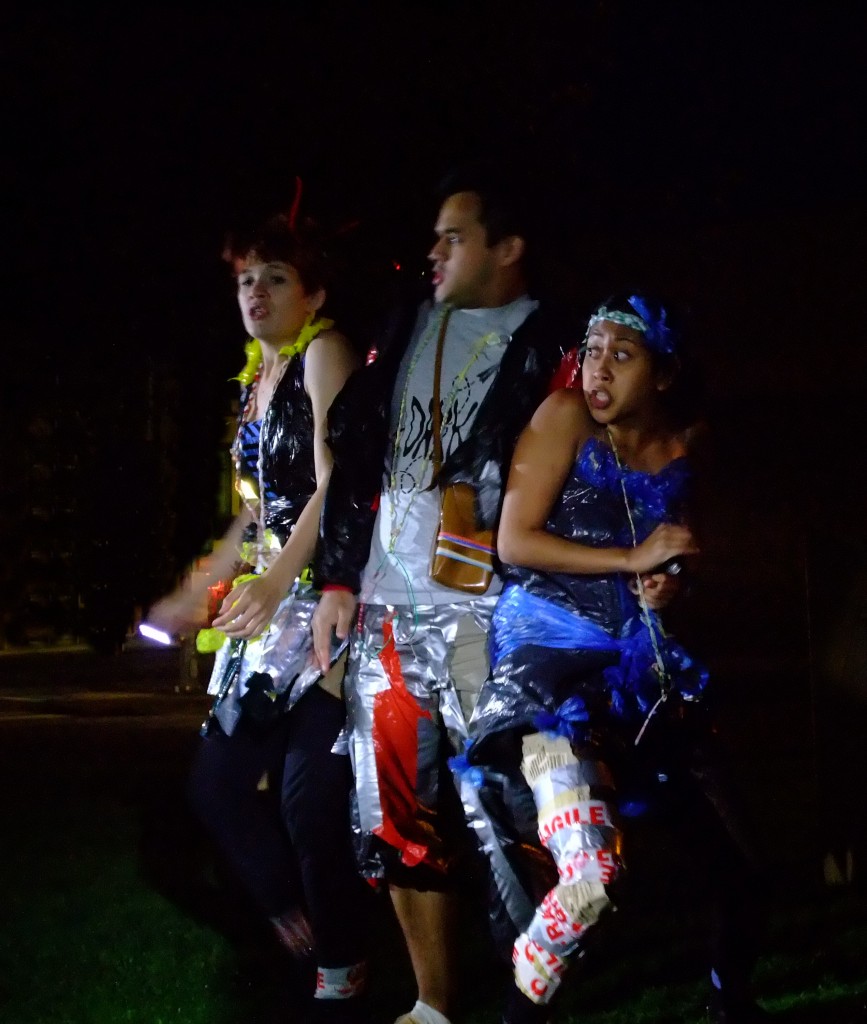 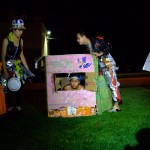 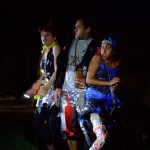 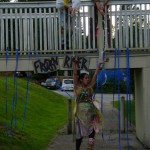 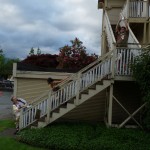 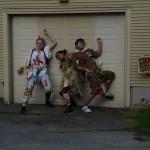 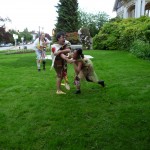 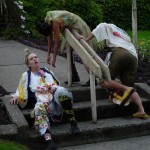 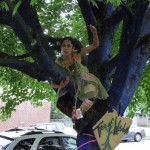 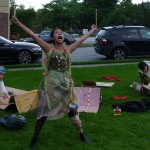